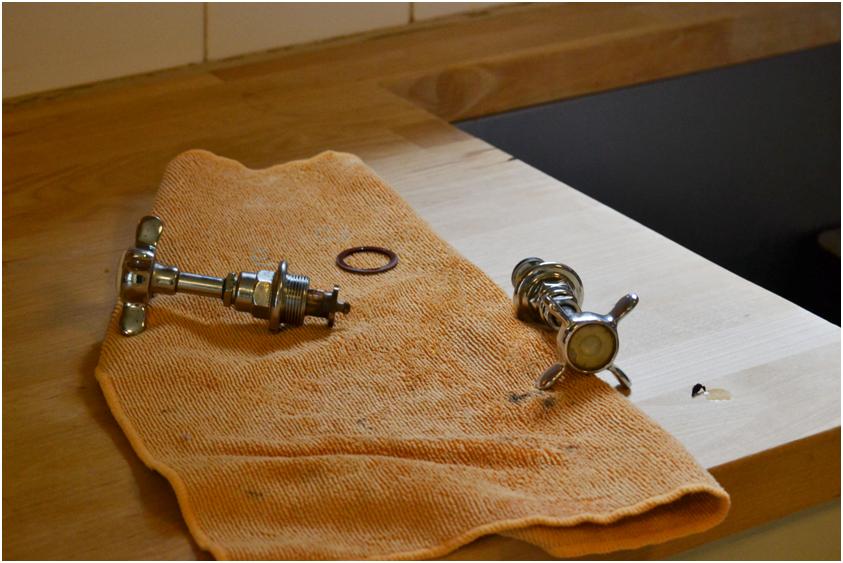 Today started out as one REALLY bad day. I woke up to find that my DirecTV receiver had died an unexplained death, taking all my DVR’d shows with it. Not only did I lose a bundle of movies and saved shows, but I learned I would also be without TV until the new receiver comes in. No morning news, no Food Network and no brain-rotting reality shows for me. In the big scheme of things, I understood this was no big deal, but little did I know it was just an omen of things to come.

When my husband turned on the kitchen faucet, the water that came out was just a tiny, pathetic trickle. At first, we assumed the city was working on the water pipes, because we’d seen several city trucks around the neighborhood digging around the water lines. However, we soon learned that the water pressure to the rest of the house was just fine. That’s when the sick sense of dread set in. I have to confess that in the past month, the faucet had already developed a steady drip that we both chose to ignore, in the small hope that it would fix itself and go away. Genius, huh?

So, between the growing drip, and the sudden loss of water pressure, we were crossing into freak-out territory.

You see, my husband and I have a severe aversion to all things plumbing. Why? Because our old house was a plumbing nightmare. From collapsing sewer lines, flooded laundry rooms, leaking pipes, and frequent water outages, our old house was cursed with a never-ending stream of plumbing problems. In fact, I don’t remember a time when all of the plumbing was functional and leak-free. As a result, we’ve been traumatized when it comes to potential plumbing problems, because every problem in our old house was NEVER an easy fix. We usually had to pay a lot of money, go for days without functional plumbing or replace things at an accelerated rate due to the poor water quality.

So, when we realized our current water pressure problem was actually OUR problem, we both started to get panicky. To make things worse, our efforts to figure out the problem turned our drippy faucet into a streaming faucet that would not shut off.

Finally, my husband shut off the water supply, and let loose a steady stream of NC-17 language that does not bear repeating.

In the meantime, my inner-whiner thought, “oh, HELL NO! I am not spending my only day off in MONTHS dealing with a damn plumber.” I turned my panic into sheer determination, and hit up Google for answers. The first solution I found for the water pressure issue involved unscrewing and cleaning the aerator-thingy to remove build-up. I was willing to bet $100 that this would never work, because nothing in my plumbing history was that freaking easy. Despite our skepticism, my husband did that, and lo and behold, IT WORKED! The water pressure was restored to sand-blasting status. My husband looked at me like, “you’ve got to be f-ing kidding me,” because neither of us could believe we actually fixed a plumbing problem, on the first try no less. Armed with my newfound Google confidence, I figured out that the dripping/streaming faucet was mostly likely caused by a broken washer hidden somewhere inside the handle-thingy. We proceeded to take apart the faucet like we were disarming a nuclear bomb, and after a quick trip to Lowes, put the whole mess back together with the new washers in place. And lo and behold, THAT WORKED TOO! No more drippy faucet for us! 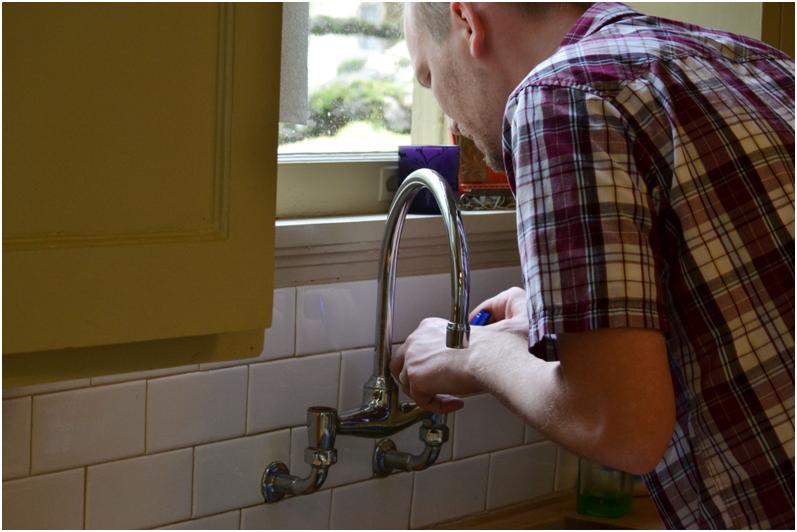 We were on a roll, so we tried the aerator-thingy trick on the bathroom faucet (because we had been adamantly ignoring its’ diminishing water pressure for months), and sure enough, we were three for three.

Needless to say, I am still doing a victory dance, we are all in a better mood, and this almost makes up for the fact that I’ll be TV-less for a few days.