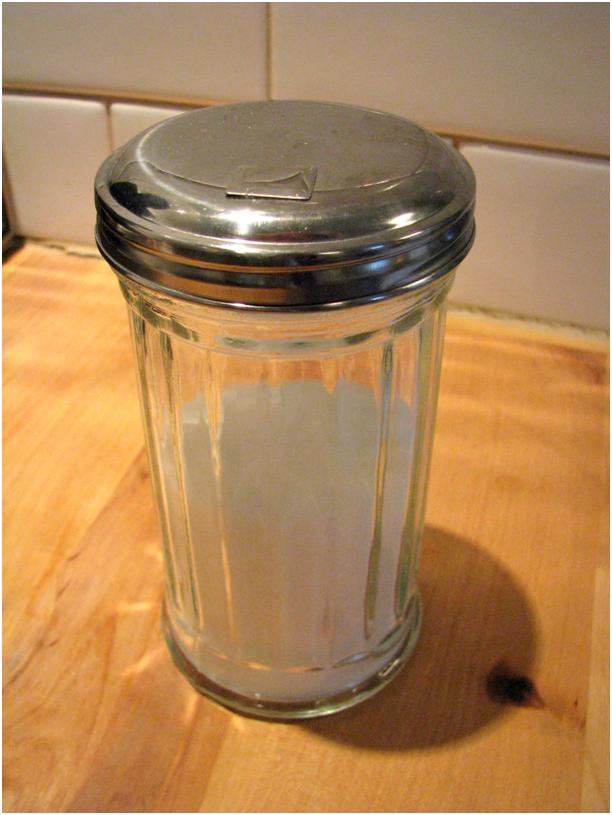 From the early days of living with my husband, we have been engaged in an epic coffee war. This battle has taken many forms, and though I know my OCD-ish-ness is at the root of the conflict, I still secretly think he gets a kick out of driving me bonkers.

Phase 1 of the coffee war started with the dreaded “coffee spoon.” After stirring his coffee, my husband would set the wet spoon back on the counter, thereby leaving a small puddle of sugary coffee of that would dry into a sticky eyesore. Not only was this annoying and gross, but he never set the spoon in the same place twice. I always woke up to a trail of small, congealed coffee puddles across my counters. In the typical, passive-aggressive manner of early marriage, I stewed about the fact that he never wiped up these puddles until, one, day, I erupted into a tantrum of tears and fussing that made me look like a screaming banshee. I actually threatened to go to his office and dirty up his desk, so maybe he would see how it felt for me to wake up to my kitchen (obviously a poorly-drawn metaphor) being messier than I left it.

I know, it sounds pretty silly, but as a housewife who practically never left the house (1 car, country home, dead broke), I had plenty of isolation to feed my obsessive ability to stew.

The poor man actually did break the coffee-spoon habit, but soon after, we entered Phase 2 of the coffee war.

I had several large storage canisters, in which I kept all the baking essentials. One of these was, you guessed it, a sugar container. One day, I started to notice little brown crystals gunking up my sugar. I came to realize that my husband was double-dipping his wet coffee spoon into the sugar canister, thereby leaving coffee-infested sugar clumps.

You just thought I was a screaming banshee the first time…it’s amazing the poor guy is still married to me, because I probably would have reconsidered if I realized how psycho I was acting. Shock and awe had nothing on me.

Eventually, I resolved this issue by purchasing a smaller version of the sugar container, so he could have his very own bowl of sugar to gunk up. See, I can compromise…

However, Phase 3 soon came along…I began to notice an occasional dusting of sugar on the counters and floors. In the rush to make coffee while getting ready in the morning, some sugar inevitably fell off the spoon on the way from the sugar bowl to my husband’s coffee cup. Sugar on the counters, sugar on the floors, sugar driving me bonkers…it was mayhem, I tell you!. And yes, I acknowledge that this tiny amount of practically microscopic sugar would only come to the attention of an obsessive harpy like me.

Finally, as I was refilling my husband’s sugar container over Christmas break, and grumbling about it, my mom looks at me and says, “why don’t you just get him the jar sugar container that diner’s have? That way he can pour the sugar directly in his coffee…they are like three bucks at Target, ya know.”

Are you bleeping kidding me? Nearly nine years of marriage, and I am JUST NOW discovering the solution to the coffee war? WHY did I not think of this sooner?

Stand down sister, because peace has been negotiated.

Don’t worry though…I’m sure I’ll find something else to obsess about next week.